The score references the woods where the film takes place - the woods in which we get lost and never make it home. I began by taking a piece I'd already recorded called "Rock Water Wind", which uses the sounds of slapping water, tapping and scraping rocks, and samples of wind blowing, to build a series of loops. I then expanded on this idea with two musicians I've worked with for years, the guitarist David Torn and the percussionist Geoffrey Gordon. The final sound palette was a combination of natural sounds and electric noises. 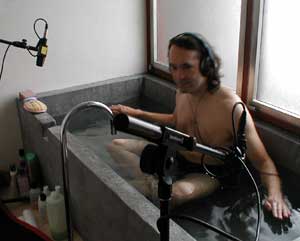 The story of the film itself is less happy than the score. Joe Berlinger had created a self-referential sequel to The Blair Witch Project, and used it to ask questions about the influence of film and media on us, while repeatedly pulling the carpet out from under the characters and the audience. The film company Artisan ultimately convinced Joe to add unmotivated scenes of gore and violence - apparently in the belief that this is what people want from a "horror" film - although this was not true of the original Blair Witch film. The end result was not terribly successful - emotionally, intellectually, or financially - but I hope some of the filmmakers' ambitions still show through.

However the intimate recording of the score - just we three musicians shacked up in my studio with Dean Parker, my assistant - was a thoroughly enjoyable experience and I'm still very fond of the sounds that resulted. 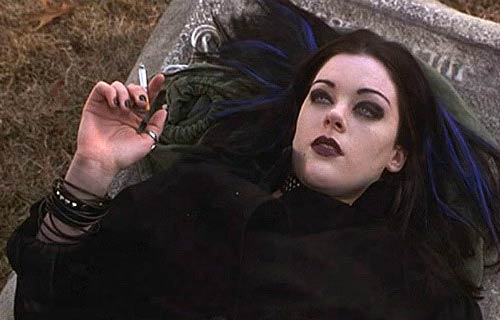 The soundtrack to Blair Witch 2 was released by Milan Records. Here, for demo purposes, are excerpts from the score: 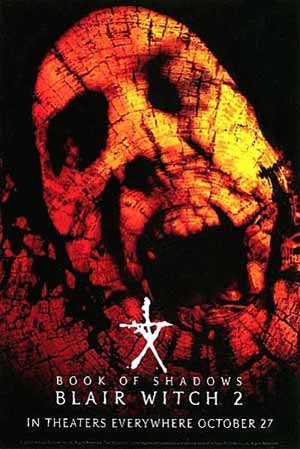 "...[Burwell] has risen to the occasion here with one of his most experimental scores, an exercise in dark atmospherics using samples of falling water and rustling wind coupled with a relentless rhythmic thrust. The effect is an eerie, all too compelling soundscape of the mysterious forest and its impending terror; nary a recognizable melody surfaces until halfway through, by then suffused in a tense stand-off between the organic and the electronic. Although subtly reminiscent of The Shining, this is Burwell at his most distinct and inventive." - Jerry McCulley, Amazon.com.

"...One of the first things Burwell did was to undertake his own journey into a forest and sample the sounds of rocks being struck and scraped, water being splashed and any other strange sounds he could collect from the forest. This strange collection helps form much of Burwell's palette of sounds for the score. The resulting music stays well clear of the clichéd use of screeching brass and violins and instead takes a unique and quite independent standpoint. The sounds of the forest combine with industrially influenced tribal beats, dark electronic ambient sounds and moody flamboyant orchestration over pulsating basslines. Voices cry out in the distant and are mixed with water sounds and distorted radio transmissions. It's a small, claustrophobic, intense and intimate sound, never over the top and infused with a nervous undercurrent of horror." - Simon Duff, Music For The Movies.

Horror (so to speak)

What Planet Are You From?