On February 18, 1952 the Atlantic Ocean off Cape Cod was hit by a powerful nor'easter. The storm brought snow and massive waves so great that two tankers off the coast were broken in half. The SS Fort Mercer sent a distress call and the Coast Guard mounted a rescue operation. The SS Pendelton couldn't send a call - the bow of the ship, where the radio was located, lost power and sank, taking the officers with it. The engine crew were in the stern which was still afloat but had no communication equipment. They struggled to keep their section of the ship afloat long enough to be rescued.

Eventually the Coast Guard discovered the Pendleton's situation but had only a wooden lifeboat to send to her rescue. Breaking waves tore away parts of the lifeboat, including its compass, but eventually it found the Pendleton and rescued 33 members of its crew, despite there being only room for 12 on the lifeboat.

The Finest Hours tells the story of this rescue, both from the point of view of the men on the Pendleton and the four Coast Guardsmen who came to their aid. 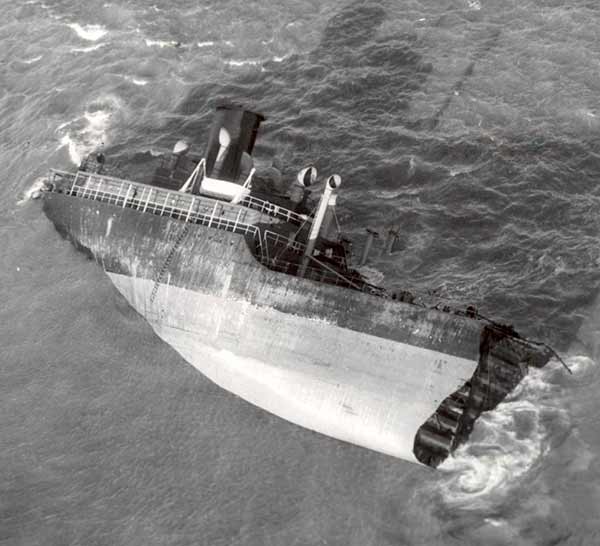 The stern of the real Pendleton, after the storm

The film is written and directed in an unhurried 1950s style. The characters are working people doing their jobs - in extraordinary circumstances - and there is a humility to the characters and their attitudes. It seemd the music would have to honor that, so I tried to avoid gratuitous flourishes and the bombast that an action film can provoke. I also arranged the score for a traditional orchestra rather than using the synths and sampled drums that are often used in action films.

Still, right from the start there was the question of how we would approach the "action" parts of the score. The director and I chose to keep the instrumentation acoustic, rather than digital, which is the norm in 2016, and I amped it up with large drums like taikos and a brass section almost as large as our string section. Examples of this approach are the tracks "Pendleton Jump" and "Bucket Line".

When I signed on to The Finest Hours it was scheduled to be released in October 2015. Soon after I joined the film its release was moved later by a few months to January 2016. I was already committed to working on the Coen Brothers' film Hail Caesar! which was being released in early February, so the two schedules were now almost on top of each other. This meant I had to complete The Finest Hours before the film was finished.

The visual effects hadn't been done yet - the ocean and storm are digital creations - so a lot of the peril had to be imagined. But the biggest problem was that the film's tone had not been completely nailed down. Is it a character study? It seemed so when I saw the first cut. It certainly had that pace. Or is it an action film? Ultimately Bob Iger, head of Disney, decided that you can't sell a character study to the Chinese market, and you can't make a $90 million film that doesn't appeal to the Chinese market. Therefore it is an action film, QED. 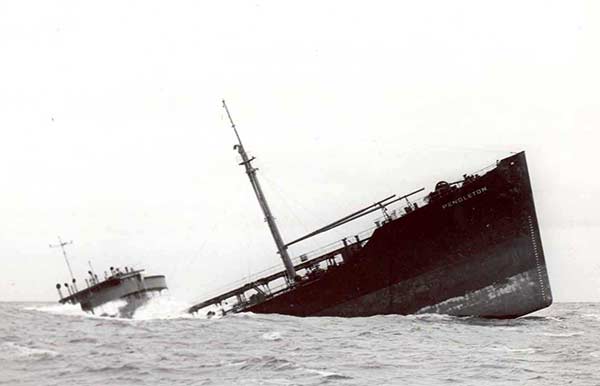 The bow of the real Pendleton, after the storm

To get it done in time I worked with an arranger, Phil Klein, who had done some work on Breaking Dawn Part 2 but whom I'd never actually met. Our biggest challenge was the scene in which the lifeboat crosses Chatham Bar and is pummelled by waves. While the director signed off on the rest of the music, he never felt the score to this scene worked. Or, to be more specific, he never felt it worked as well as the temp score the music editor Jon Mooney had assembled.

In order to move on to Hail Caesar! we recorded The Finest Hours in July 2015 even though there were months of post production still to be done. After I left to work on the Coen Brothers' film, Craig Gillespie, the director, started dropping more and more of my score and in the end most of the action sequences were re-written by Phil Klein. So the final score is two thirds my original composition and one third something else, an amalgam of my themes with the tropes of contemporary action films such as sampled drums, electronic drones, and string ostinati, all bringing it closer to the temp score and to the action clichés I was hoping to avoid.

I'd like to point out that this is in no way Phil's fault. He was gracious and as respectful of my score as he could be. He was following the director's orders and if he didn't do it someone else would have. He kept me informed about what he was doing and asked if I wanted to be involved. I listened to some of his cues and gave some feedback, but I was fond of some of the music that was being replaced and ultimately it was too depressing to participate in the process.

In the end I reworked a few of my cues to fit the final cut of the film and recorded them in October 2015, and Phil recorded his replacement cues around the same time. Phil got the credit "Additional Muisc by..." on the film, and I put some of his cues on the soundtrack album - "Crossing The Bar" for instance. Happily for me, Mitchell Leib of Disney let me put some of the cues that had been dropped from the film on the soundtrack as well, rescuing them from a watery grave. 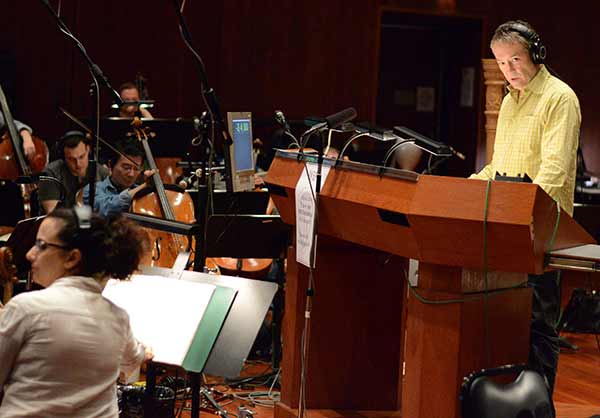 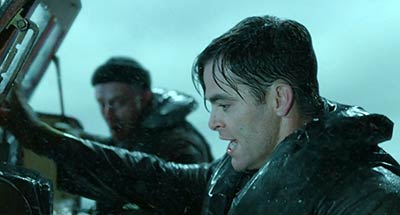 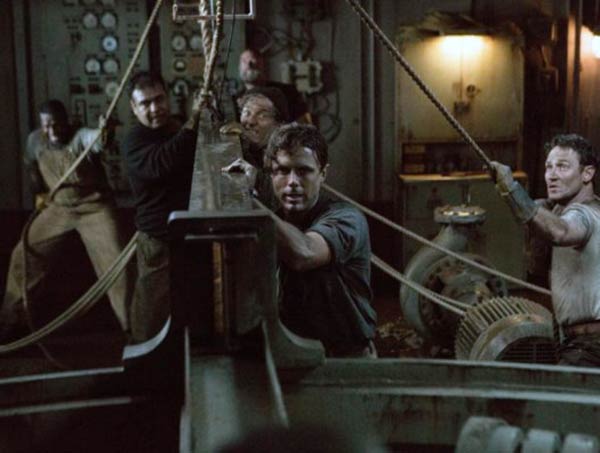 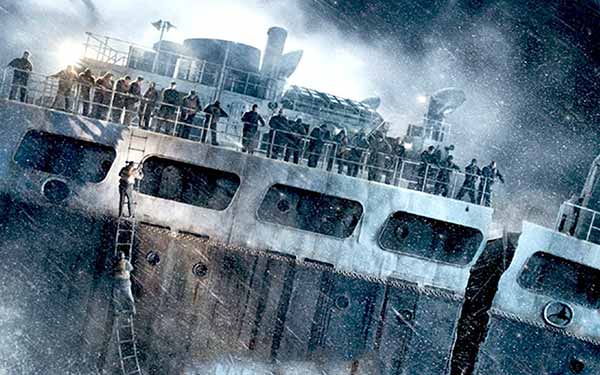 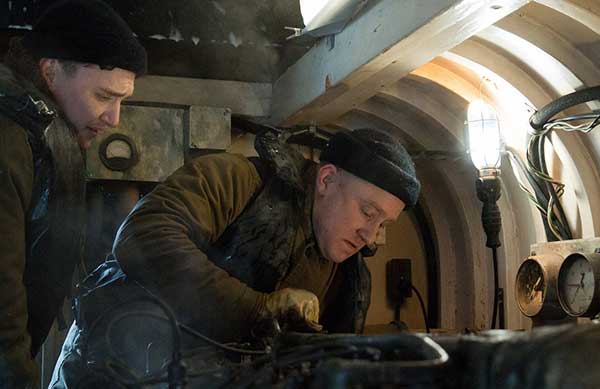 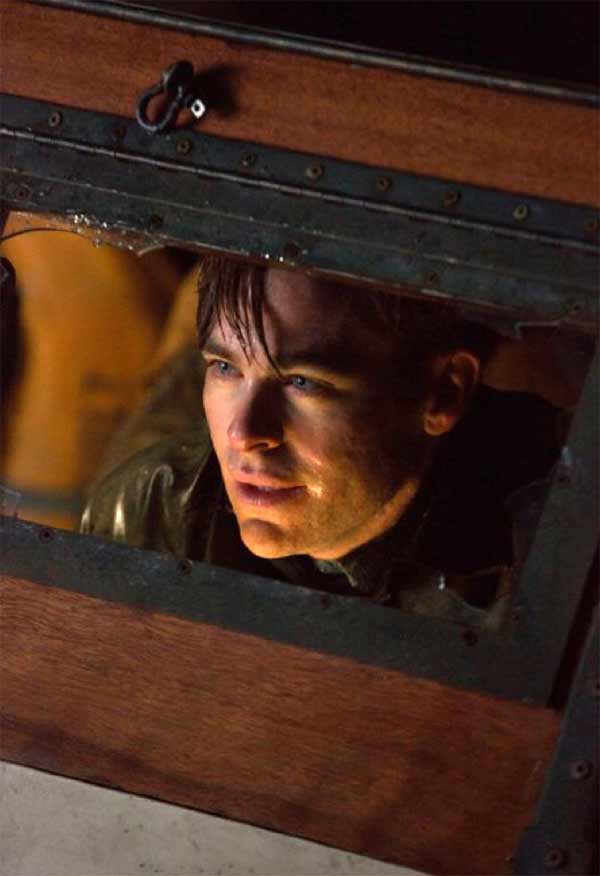 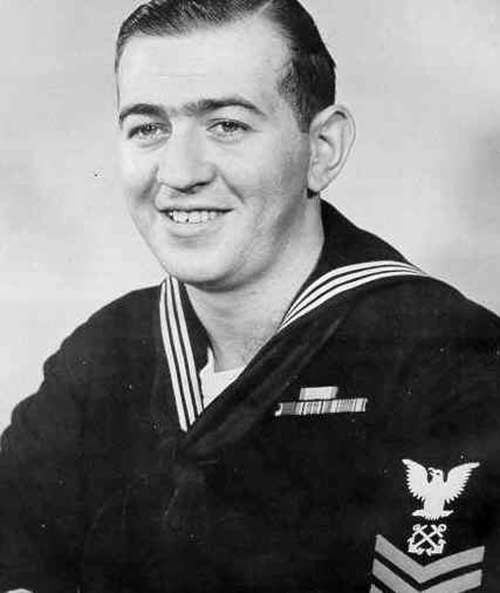 The soundtrack is available as a digital release from Walt Disney Records. Here are some excerpts. 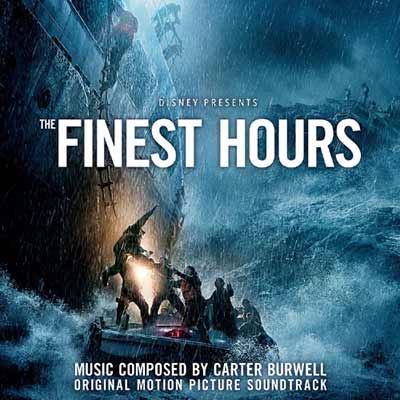 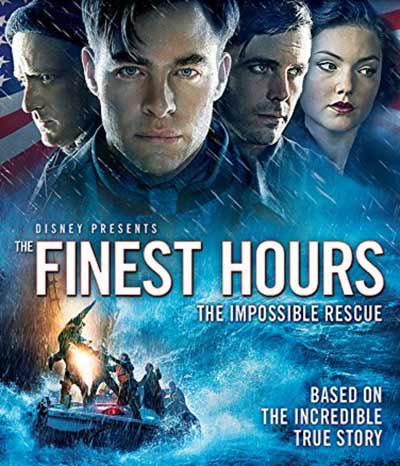 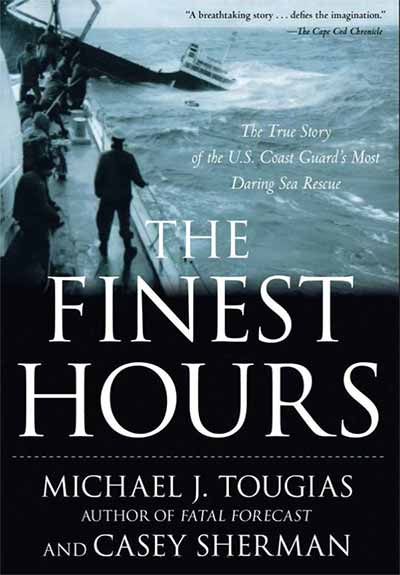 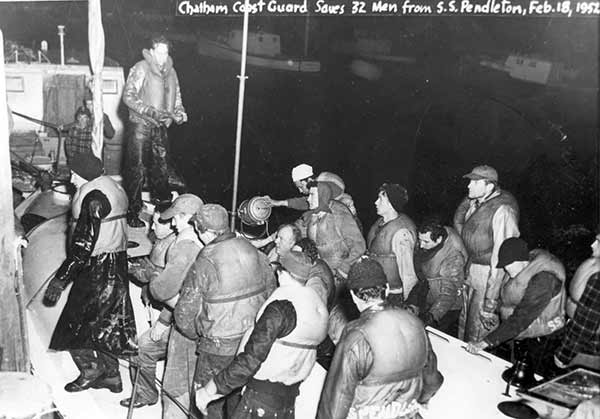 The real 36500 with Pendleton crew 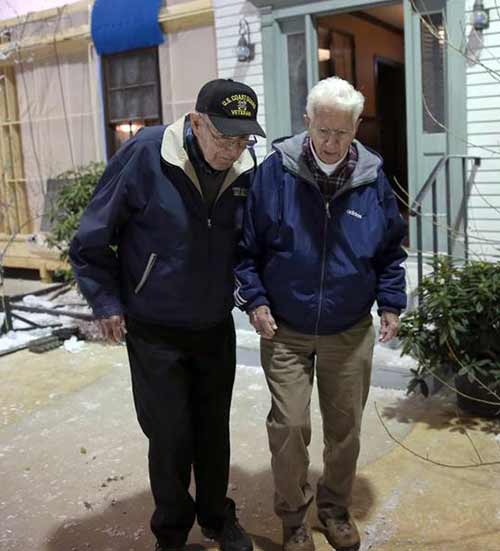 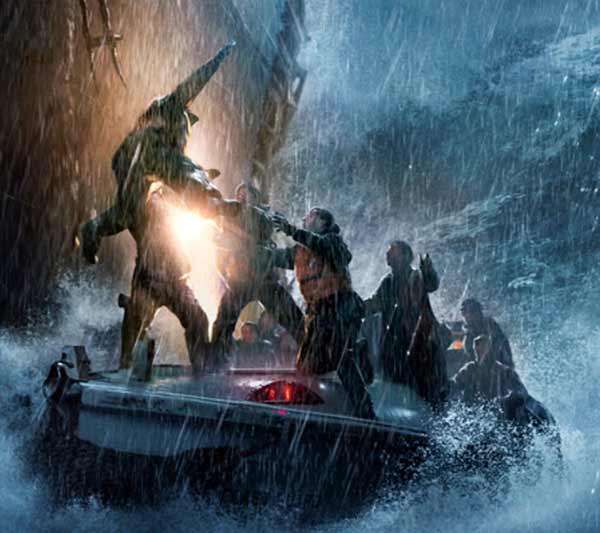 "Director Craig Gillespie steers the ship in ways that never let the action overtake the human element, but have no worry — this film is loaded with almost nonstop excitement as the clock and the weather collide to make a successful rescue seemingly impossible. The score by Carter Burwell perfectly complements the visuals, and the CGI effects — which took more than a year in post-production — are more than worth the effort and money. It’s all on the screen." - Pete Hammond, Deadline, Jan. 29, 2016.

"Gillespie and editor Tatiana S. Riegel do a pulse-pounding job of keeping up the suspense by cross-cutting between the tiny Coast Guard vessel and the Pendleton’s crew as they work to shore up their sinking craft. Carter Burwell’s score is particularly thunderous, mirroring the onscreen action, and the 3-D really is – for once – superb, making for a rather breathtaking two hours. Well done." - Marc Savlov, Austin Chronicle, Jan. 29, 2016.

"The last 30 minutes of 'The Finest Hours,' are the best, and the film truly outpaces itself in its third act, which has some genuine affect and emotion, Carter Burwell’s score wringing tears out of thin air like so many salty seawater raindrops." - Tribune Content, Jan. 27, 2016. 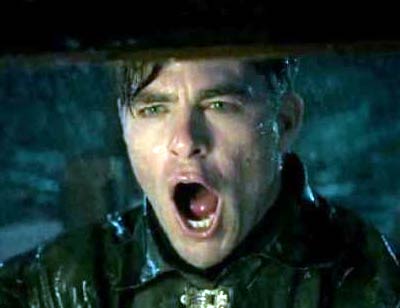 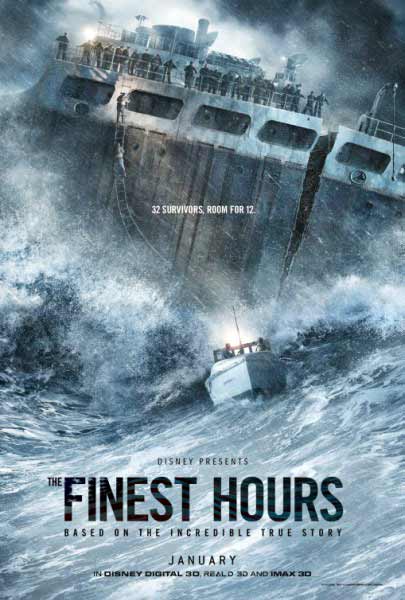