When the Coens first showed me the rough cut of Miller's Crossing without any music, it was a chilling, violent experience.

Soon after the film has begun, Gabriel Byrne's character betrays his boss, Albert Finney. His motivations are hidden behind a handsome face of steel. I wanted to suggest with the music that his actual motivation was his love for Finney, and I proposed doing this with a sappy Irish melody arranged for orchestra.

When I suggested to Joel and Ethan that perhaps it wanted a "warm" score, their reaction was "Well, I don't know..." I asked "You're thinking cold?" Their response was "How about neutral?" 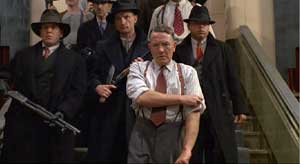 From David Morgan's interview with Carter Burwell in Knowing The Score:

From the time we read the script together, before they even shot it, we all agreed it would be nice to use a big orchestra. We didn't know what a really big orchestra was, but something that sounds like one - bigger than a banjo! So while they were shooting I was learning about orchestration and how the whole thing works. It was really fun. I had an excess of time, three months, to write the score, which is a lot more than I usually get. And also, uniquely, they had money left over after the shoot - they'd actually come in under budget on the movie - so we could afford a large orchestra and could do everything we wanted to do. So it was a great experience. I love whenever this business gives you an opportunity to do something new.

The point of having a large orchestra was to get a big, lush, traditional sound befitting the period and mind-set of the characters. The music had to fit a visual environment that was rich and maybe a little ostentatious - at least an Irish gangster's idea of ostentation - big and sentimental and lush. 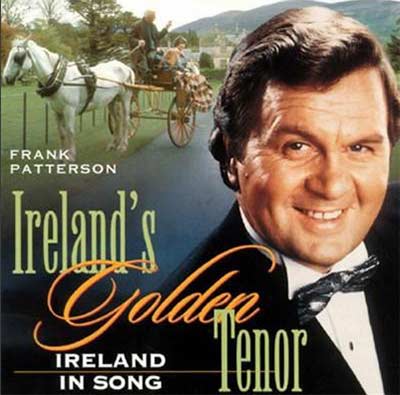 DM: And "Danny Boy" playing on the record player under the attempted assassination of Albert Finney's mob boss was obviously an Irish gangster's idea of relaxing mood music!

CB: Well, it's actually a little too obvious, yes! The Coens knew something had to be playing on Finney's record player when the assassins arrive and they stuck in "Danny Boy" assuming we'd ultimately find something else because it was just too obvious. And wouldn't it be nice if we found another Irish piece that people weren't as familiar with? But they cut the scene to "Danny Boy" and after trying lots of different traditional pieces there, nothing was really quite as good.

Ethan looked up the singer of our version of "Danny Boy", Frank Patterson, and asked if he would be interested in performing the song to our scene. Frank was very interested; he said "This film will introduce the song to a whole new audience!" He didn't seem at all off-put by the actual content of the scene, some guy getting his head blown off! He was very excited by it.

Larry Wilcox did the arrangement and we recorded it in this extremely old-fashioned approach. Frank would watch the film with us, and Joel and Ethan would say, "Now if you could hit the word 'bend' here and hold it until the car explodes..." He memorized the visual cues, sang while watching the film, the conductor followed Frank, and the orchestra followed the conductor. I think Frank got it in two takes. It was kind of amazing. 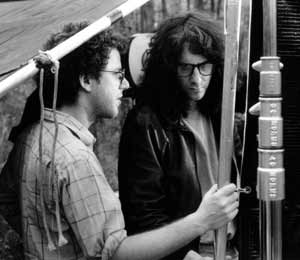 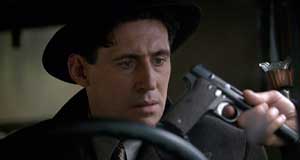 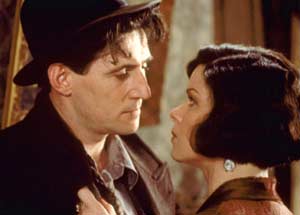 The soundtrack was released by Varese Sarabande. Here are some excerpts. 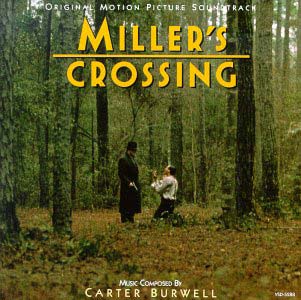 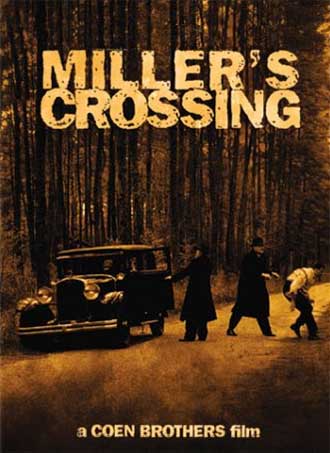 One, of course, was how to write orchestral music. I had no training in this, and studied orchestral scores while Joel and Ethan were shooting the film, including Max Steiner for the classic Hollywood sound of the 1930s. And I was introduced to Sonny Kompanek, an orchestrator, who effectively became my orchestration teacher.

Another skill was how to hire an orchestra. Asking around, we were introduced to the legendary Emile Charlap, the man who contracted essentially all the orchestral recording dates in New York City.

Another was how to record an orchestra.We were introduced to Mike Farrow, who had recently transitioned from being a commercial pilot to an music recording mixer. We ended up working together for another 30 years.

And lastly - what is a music editor? They have a multi-faceted job that's hard to define in a single sentence. In 1990 they typically took notes of the spotting sessions, provided timing notes to the composer, made sure the recordings were in accord with those notes, and then placed and edited the music mixes into the film. I was introduced to Todd Kasow, and as with Mike Farrow we continued to work together for decades. 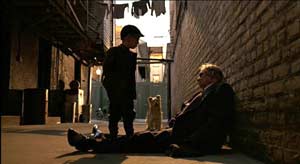 "Miller's Crossing is an exciting score that represents some of Carter Burwell's best work to date. At times romantic, other times jazzy, and for the most part passionate this score is great addition to any score collection, regardless of whether one is familiar with Burwell's work or not..." - Roderick Scott, Cinemusic.net.

"Ah, those opening titles. Carter Burwell's elegiac theme music can still bring an involuntary tear to my eye. This Pavlovian response became a tad inconvenient a few years later, when the theme turned up in a Caffrey's beer commercial." - Jason Deans, The Guardian, Dec 30, 2011.

"...on at least one occasion I remember weeping quietly during the title sequence (the skyward gaze into the forest canopy, the plaintive oboe of Carter Burwell’s score" - Christopher Orr, The Atlantic, Sept. 10, 2014.