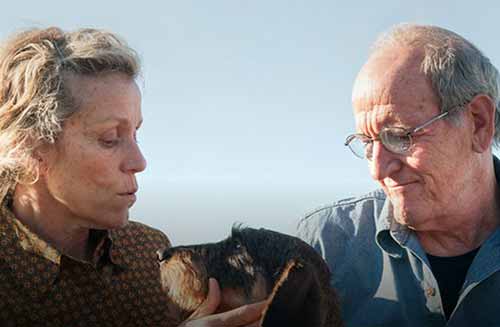 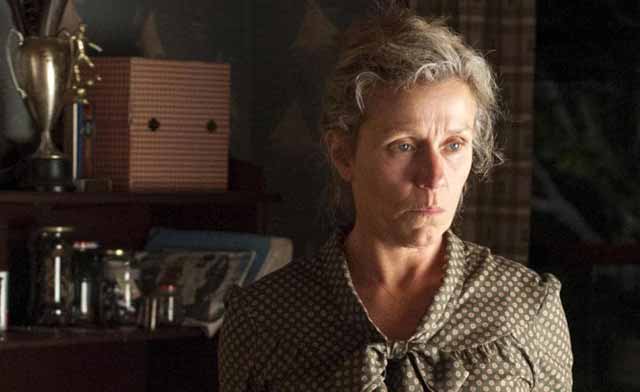 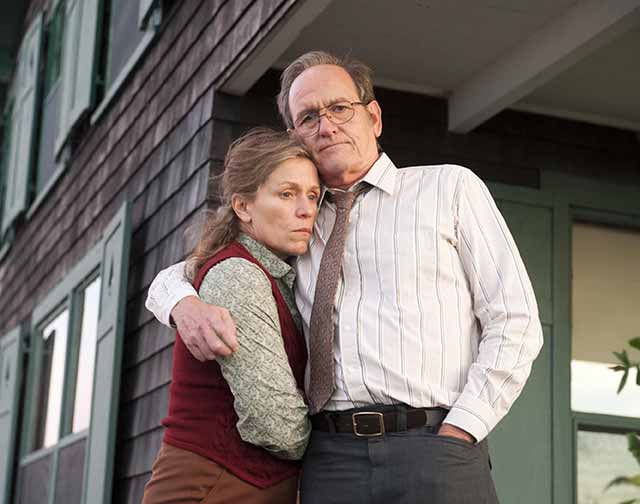 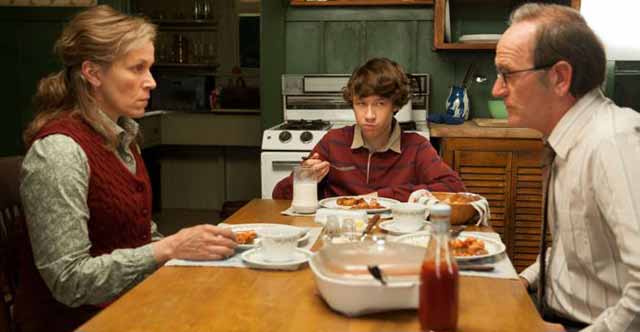 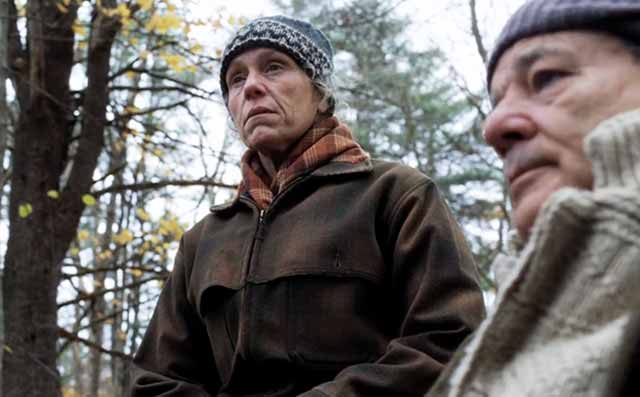 Lisa Cholodenko called me before she began shooting Olive, to see if I'd be interested in the project. I'd worked with her on The Kids Are All Right in 2010, but we hadn't actually met until the rather brief recording session, so our interaction had been distant and quick. From my experience with Mildred Pierce in 2011 I knew that scoring a mini-series was a large endeavor, tantamount to a 4- or 5-hour film, so unlike The Kids Are All Right I'd be much more involved in the process of finding the voice for the show, and for the character of Olive in particular.

I've known Fran McDormand for a long time - her first film was my first film, Blood Simple - and I'd written music for one of her great characters, Marge Gunderson in Fargo. In the case of Olive, Fran was not only the star, but also a producer, having bought the rights to the book and developed the screenplay with Jane Anderson. 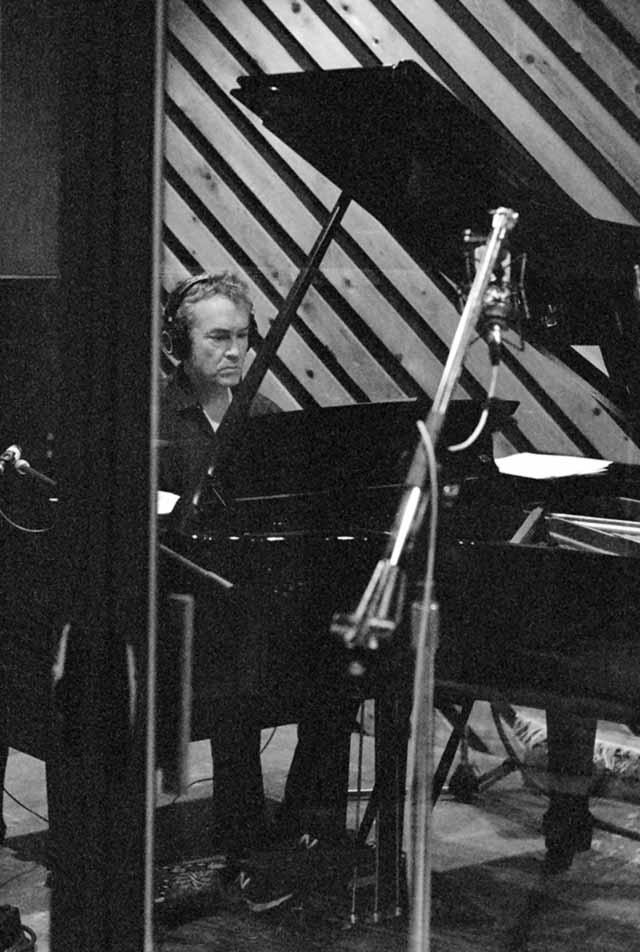 Carter at the piano
(photo by Dean Parker)

Olive is a complex character - hard on the people around her and hard on herself. We slowly realize that this hardness grew to protect her vulnerability. Her compassion is reserved for those as broken and vulnerable as herself.

About halfway through composing the score Fran asked if she could talk to me about it. I would not normally be discussing my work with an actor, and it's rare for me to do so with a producer either. To avoid hearing too many divergent opinions, I try to speak only to the director about creative direction. But since I knew Fran I thought there would be little harm, as long as I told Lisa about it.

As it turned out, Fran was very helpful in fleshing out Olive, having spent years thinking about the character. I couldn't always translate her thoughts into music, but they were always informative. 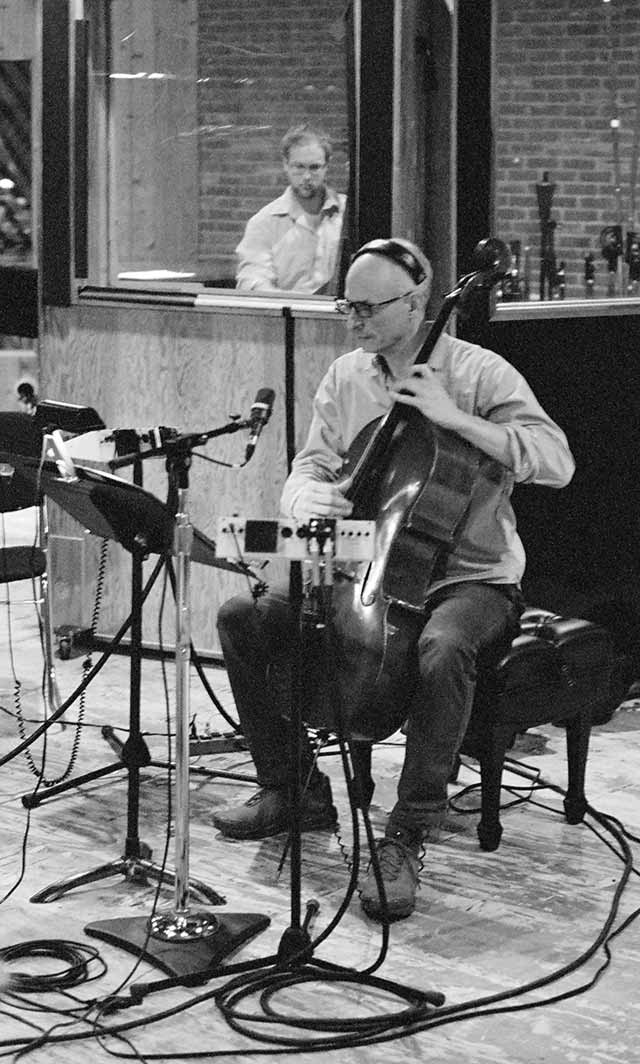 Olive pushes everyone away, including the viewers, and I felt it was important for music to give us a window into Olive. Ideally the music helps us respect Olive on her own difficult terms. To do this I kept the compositions reserved and unresolved. Simple but unpredictable. Cool but inviting.

For this emotive coolness, piano seemed right. It's a percussion instrument with a very broad palette. I had a very particular sound in mind, and so for the first time in a long time I decided to play the piano myself, bringing in a Steinway that could produce the bell-like tones I wanted.

The rest of the ensemble is string quartet with bass and clarinet. Mark Stewart also contributed some mandolin on a few pieces. 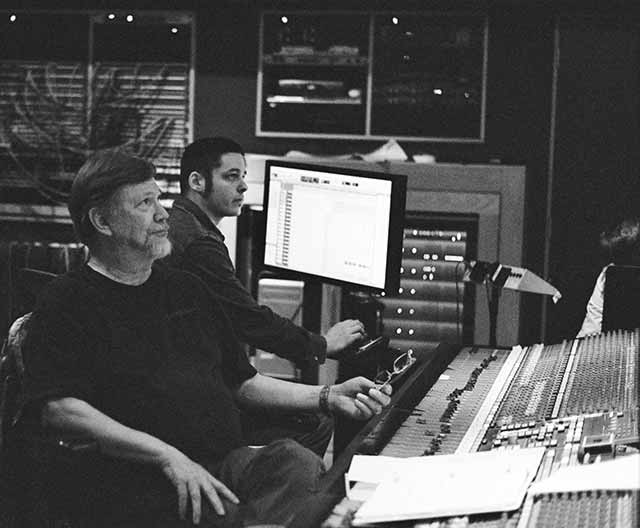 Mike Farrow in the control room
(photo by Dean Parker)

This score was never released commercially. For demo purposes, here are some tracks.

If you wonder why some scores are not released, see the FAQ.
Update Required To play the media you will need to either update your browser to a recent version or update your Flash plugin. 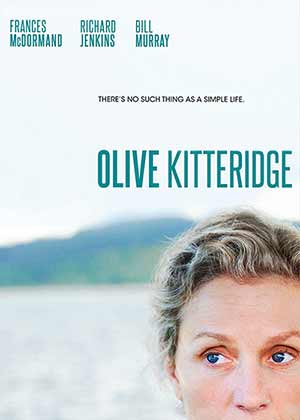 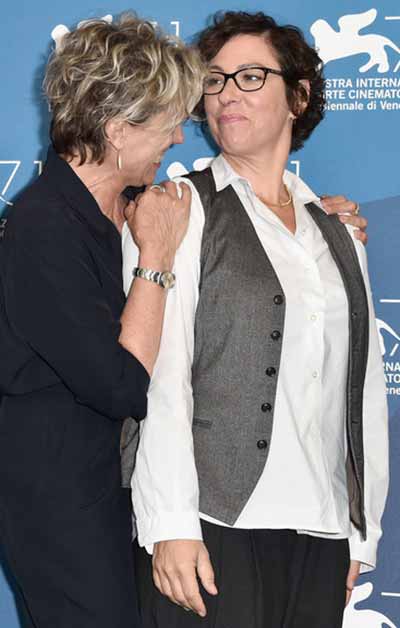 Fran McDormand and Lisa Cholodenko at the Venice Film Fesitval

"...Musically, an aging barroom singer (Martha Wainwright) provides continuity right up to the retirement home, and Henry’s taste in classical radio broadcasts never changes. But its Carter Burwell who sets the tone with one of those rich scores of his that invites personal reflection without spelling out exactly how we should feel. As Olive notes, the men in her family 'don’t understand subtext,' though McDormand and her collaborators are counting on the fact that audiences do." - Peter Debruge, Variety, Sept. 1, 2014.

"...The series has been given deluxe packaging, from Carter Burwell’s caressing score to the perceptive gaze and warm colors of Frederick Elmes’ graceful cinematography and the unfussy evocation of a 25-year period in Julie Berghoff’s production design and Jenny Eagan’s costumes. Just observing the changing hairstyles, wardrobe and song choices of Angela (Martha Wainwright), the pianist at a popular local bar and restaurant, provides a gently amusing reminder of how time passes here, a few beats behind big-city life." - David Rooney, Hollywood Reporter, Sept. 1, 2014.

"My goodness, but 'Olive Kitteridge' makes creating great TV look as simple as following a recipe. Let's say you want to create a truly wonderful miniseries. A good place to start would be picking great source material that nevertheless comes without too much cultural baggage or a mouthy fandom. An excellent and recent Pulitzer winning novel by Elizabeth Strout would seem to fit the bill. You want great performances? Easy, let's employ some great leads. Frances McDormand, Richard Jenkins, Bill Murray and Zoe Kazan should do for starters. Oh, you want great support too? Fine, simply round out the cast with the likes of Peter Mullan, John Gallagher Jr. and Brady Corbet. Of course you'll need a director. Apparently Lisa Cholodenko of 'The Kids Are All Right' fame is free. Perfect. Jeffrey M. Werner, the editor Cholodenko worked with on that self same film, is available too.  And for your cinematographer, a huge coup: Frederick Elmes, who has shot a ton of David Lynch, Ang Lee and Jim Jarmusch pictures is on board. The cherry on top is Carter Burwell as composer." - Catherine Bray, HitFix, Sept. 3, 2014.

The Kids Are All Right 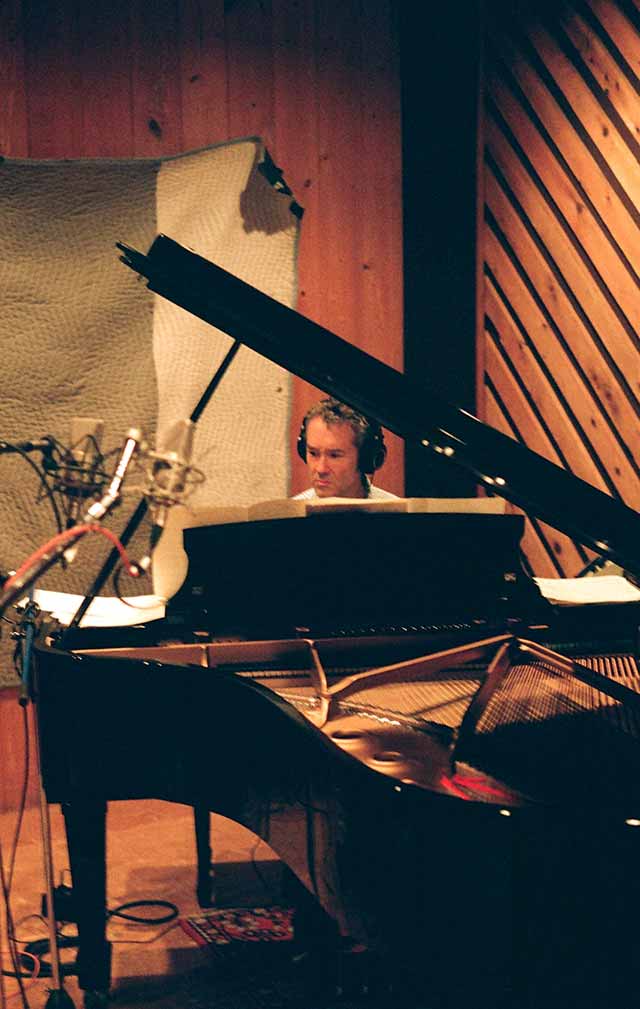 Carter at the piano
(photo by Dean Parker)