I draw your attention to the cue sheets for reel 3 of the film, below. Cue number 15 (as the heroes react to the arrival of a tank and attempt to escape an Iraqi village) begins with 2:55 of my score, then segues to :22 seconds of Graeme Revell's music from The Siege, then returns to my score for :10 seconds, then plays a mix of Thomas Newman scores from Unstrung Heroes and Flesh and Bone, for about a minute. Then it returns to my cue "The Gas".

The piece titled "Things Explode," which you can hear on the Audio section of this page, is my score for this scene before it was cut and overlaid with music from other films. But even this version is not my original score. It was the result of the director explaining, moment by moment, how my music should be more like the temp music which was culled from these other films. David O. Russell would pull me aside during the recording sessions and play the temp pieces for me to remind me of what he was after, and my original concept for the score (which, to put it simply, was that it be humanist rather than militarist) was, bit by bit, lost. If someday I find the original recording of my work I'll post it here.

The version of the cue you'll find here was composed by me, but as little integrity as film music generally has, this has still less. 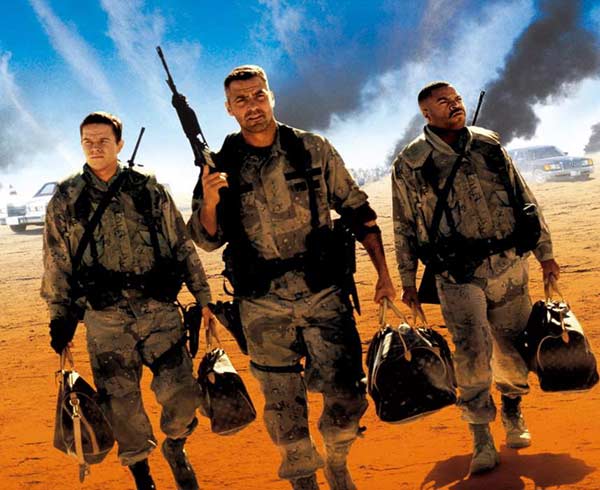 The soundtrack album of Three Kings is no longer available. Here are example tracks: 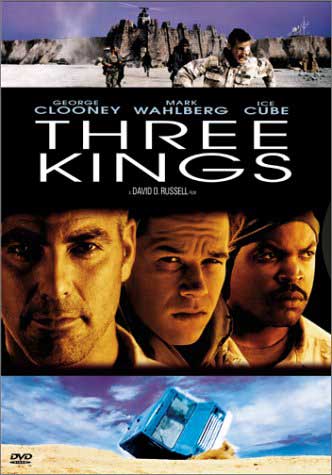